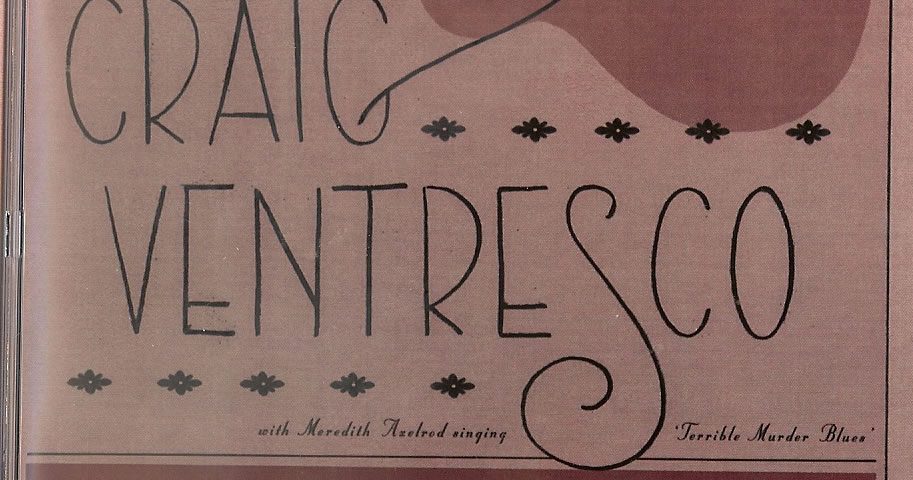 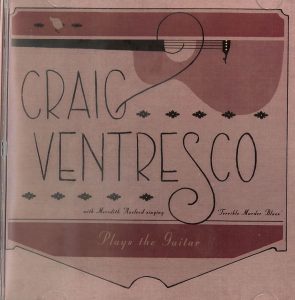 I’m always excited when I hear that my friend Craig Ventresco has released a new recording as he is one of my all time favorite guitar players. Imagine my excitement to hear that his latest CD, “Craig Ventresco Plays the Guitar”, features a guitar I made for him a year ago. Finally a chance to hear him put it through the paces!

Craig is probably best known for playing guitar on the soundtrack to the film Crumb. He should be known for being one of the most talented guitar players in the States, playing in a traditional vein, but in a style that is all his own. He’s a really fantastic player and I regard him as highly as the greats like Blind Blake and Lemon Jefferson

Craig’s past recordings have focused on Ragtime and popular music from the early 1900’s. His latest “Craig Ventresco Plays the Guitar” focuses on classic blues and jazz. Besides the guitar tracks Craig plays ukelele on a couple, and one features Meredith Axelrod on vocals.

It’s a great CD and I encourage everybody to get a copy. Drop Craig a line at his website www.craigventresco.com.