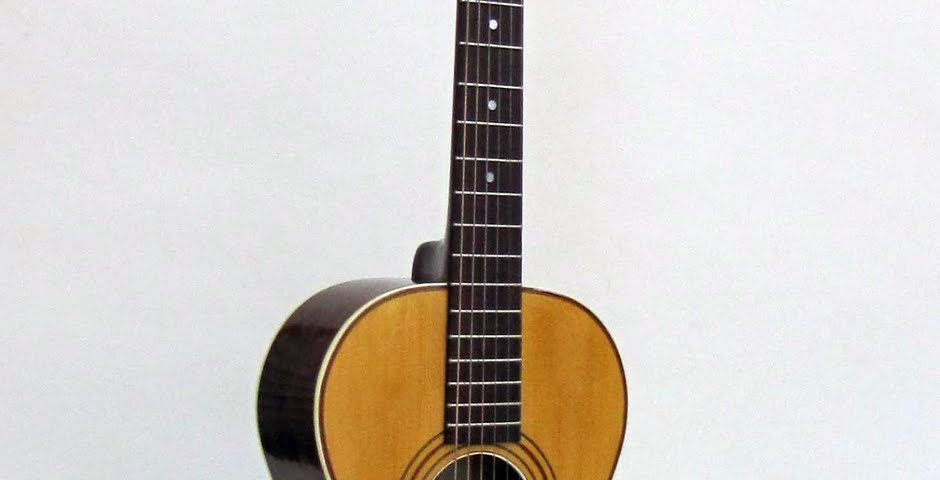 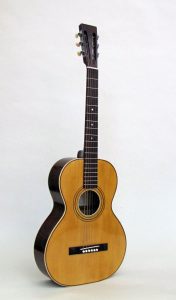 For the past two and a half years I’ve been training an apprentice, Cyrus Brown-LaGrange. I met Cyrus almost twenty years ago, back when I used to play music on the street. His mother worked at the Farmers Market and he used to come by and listen to us play. Before long I was giving him music lessons in exchange for home cooked meals. Since then he has become a very close family friend.

A few years back, Cyrus and I were talking and he expressed some interest in building an instrument. I invited him out to the shop and started him out on a ukelele. I was impressed with his follow through and ability to stick with a project. Cyrus is a guitar player and understands how things are supposed to work and feel. He also has a natural gift for working with his hands, something that many people lack.

In the past two and a half years Cyrus has built a handful of ukeleles and about ten guitars. He’s turning into a very 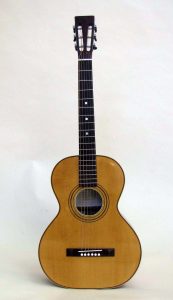 good luthier and his work continues to improve. Not long ago I asked him to build two copies of an old concert sized Oscar Schmidt made Galiano that I have. I wanted him to focus on getting the old look down and to hone his craftsmanship. We decided to do one in white oak and one in birch. I wanted him to build them very traditionally, using all hide glue, with a varnish finish and he did a really great job.

Both guitars have red spruce tops, poplar necks with modified V profiles (the oak one has a truss rod), rosewood fingerboards and pyramid bridges and Golden Age tuning machines. The oak one is a little warmer and probably a little more suited for John Hurt style picking, while the birch one is a little more resonant and a little more raspy, probably better for Delta style blues, or playing behind a fiddler. They both sound and play great, putting out a lot of punch for new guitars. They are both currently available so email me if you’re interested for more details or pictures.